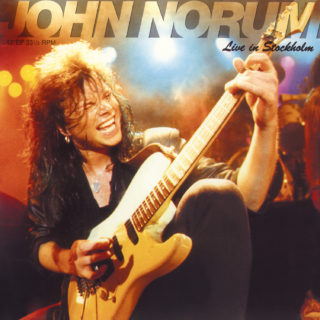 Aside from being one of the founding members of legendary rock band Europe, Swedish guitarist John Norum also maintains an impressive career as a solo artist. In 1990, Norum released a mini live EP, recorded in 1988, Live in Stockholm. The first three live tracks were recorded at the Draken in Stockholm on March 14th, 1988. The instrumental song “Free Birds in Flight” (previously unreleased) was recorded at Stockholm Recording in 1987.

Live In Stockholm is exclusively available for Record Store Day 2022 and is available as a limited edition of 1000 individually numbered copies on flaming coloured vinyl.