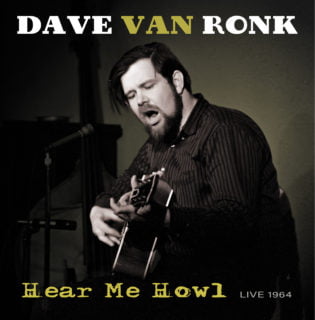 Dave Van Ronk was one of the most important figures to emerge from the 1960s American music folk revival in the NYC Greenwich Village music scene. He befriended Bob Dylan, Phil Ochs, Joni Mitchell and countless others. His legendary life was the basis for the main character in the Coen brothers’ film Inside Llewyn Davis.

This show was recorded at Indiana University in Bloomington on October 20, 1964, during a concert sponsored by the I.U. Folksong Club. The performance is quite intimate and eclectic in song choices. This single LP features the best eleven tracks from the 2015 double CD.