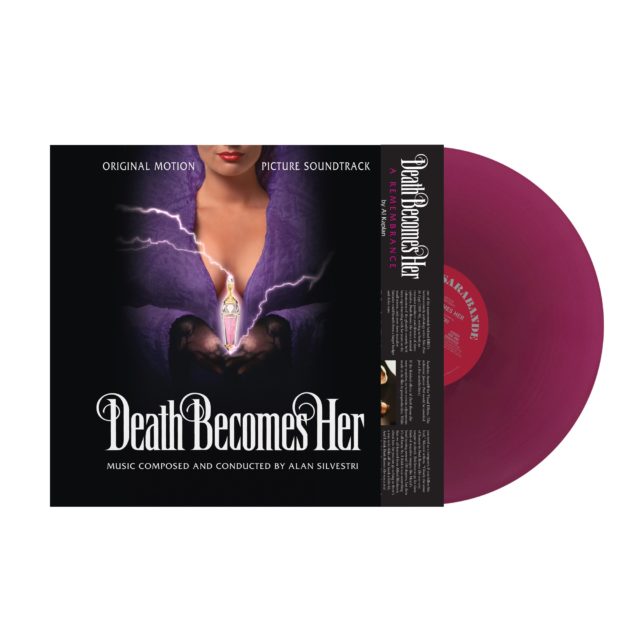 One of Meryl Streep’s first attempts at lighter fare was the fan-favorite dark comedy Death Becomes Her, which included one of her earlier vocal performances on film. Her original song “Me” is one of the expanded tracks on the LP (going from 2:18 to 3:10). In total, there are 12 minutes of unreleased music – mostly from super composer Alan Silvestri (The Avengers, Forrest Gump, Back to the Future) – though none of the content on the record has ever been released on vinyl. Limited Edition Grape LP with new artwork in a gatefold jacket.