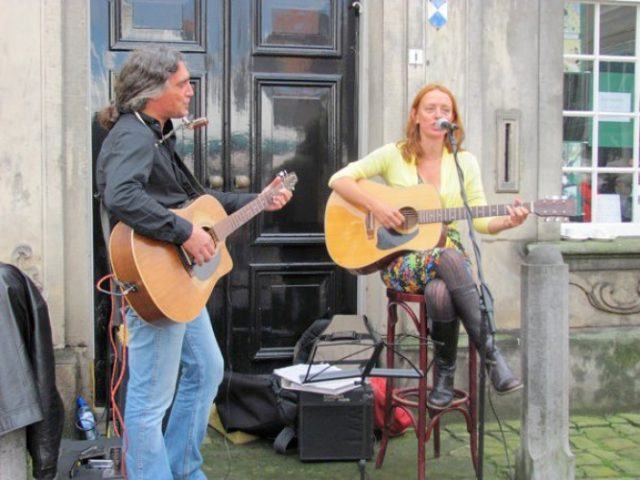 Timothy Hull is a widely appreciated singer-songwriter from Whidbey Island Washington. He has toured over the past fifteen years bringing his songs, guitar, stories and humor to colleges, clubs, pubs coffee houses, and conferences, coast to coast. He has travelled with his music, but his music has travelled even further. Bands and singers from all over the world are known to cover his originals. Born of an Irish mother and American father, Timothy grew up with time split between the old country and the new. Although most songs he brings to the stage are originals, the influence of the old world, full of traditional music is clear. Hull’s songs are dreamy and vivid, glorious and sad. He effortlessly blends the personal with the political, the local the global and the ancient with the up-to-the-minute. Timothy Hull’s songs are about life lived on a human scale, as captured in his vivid snapshots of playing and living on the streets or in a makeshift camp by a river, of wandering and rambling the roads and the rails, of making do in difficult circumstances. And in the immediacy and simple ‘dailiness’ of these images Timothy delivers the goods.