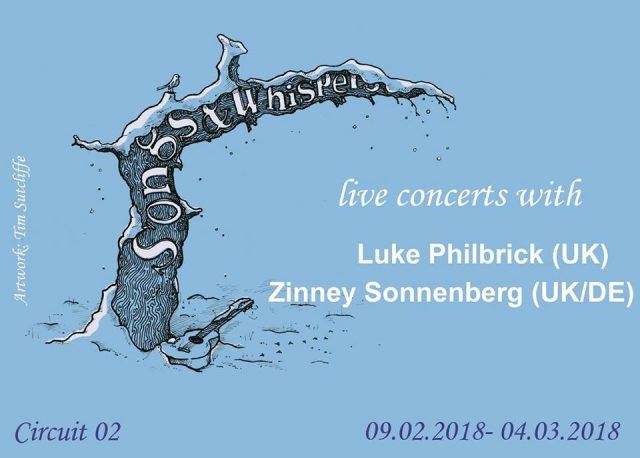 Hailing from Gloucestershire, Luke Philbrick has built up a strong local fan-base and always leaves audiences wanting more during his many travels throughout the UK. Performances often feature accompaniment in the form of the Black Diamond Express to Hell featuring Damon T on backing vocals and percussion.
Recorded on a shoestring budget in the kitchen with friends and family adding accompaniment, debut album ‘The Kitchen Sessions’ is out now available.

‘heavy duty boogie in some sort of order …sort of Bluesy …..but not…..sort of Gospel but not……I’d describe them as Bad Ass Hombre Boogie’ – Robert Mark Smith (Bob Smith & Demob)

‘We call it rural dirty blues with its feet deep in the Mississippi mud of the 30s and 40s. But its box-fresh and right smack bang up-to-(2017) date. This is the same earthy guttural sound that was taken north to Chicago in the 40s by the likes of Howlin’ Wolf, Muddy Waters and Elmore James. But there’s more than a nod in the direction of Son House and Robert Johnson’s Delta juke-joint ramblings going on here.’ – John Drummond (Brewery Blues)