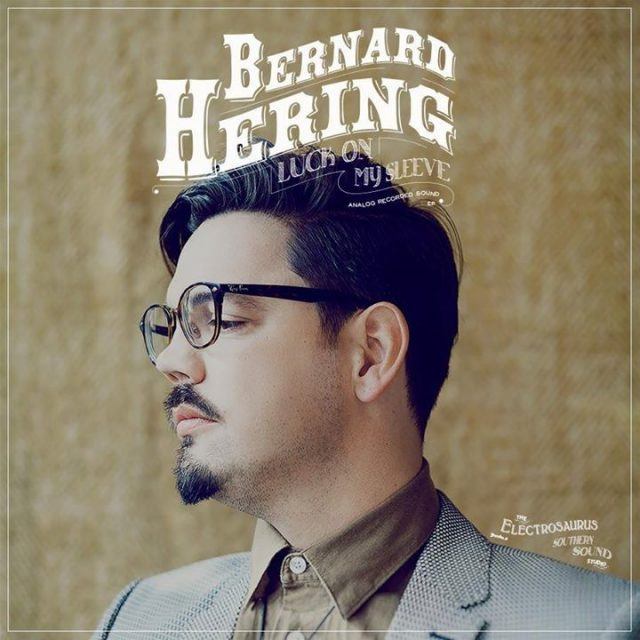 Singer-songwriter Bernard Hering has released his long awaited EP album – on Spotify and on vinyl – featuring the new single Betsy. Bernard has recorded his debut single Love Life at the Electrosaurus Southern Sound Studios in late 2016. Along with musician and producer Pablo van de Poel (DeWolff) they have recorded the EP called Luck On My Sleeve.

After releasing Love Life Bernard traveled the world – he played at folk capitol Denver and various other cities in the United States, Indonesia and French Polynesia. After a very inspiring journey, Bernard was ready to share the complete EP with the rest of the world, which has resulted in his new single Betsy.

Bernard Hering is a Dutch singer-songwriter. He lives in Haarlem, but is born and raised in Zeeland. Bernard began writing songs as soon as he could play a few chords on his guitar at the age of ten. Bernard his records are unique takes on the melodic folk genre, evoke a rust-worn Americana feel, and have at times a pop sound. The stories he tells are about life, dreams, love and about his personal memories.

Bernard’s debut EP is a record that should not be missed. Now we’ve finally been introduced to his music, it is time to become part of Bernard´s Hering’s journey — come visit Concerto Amsterdam on the 6th of January to celebrate the release of the EP Luck On My Sleeve. During the live in-store session you can get your hands on the 7-inch vinyl record.