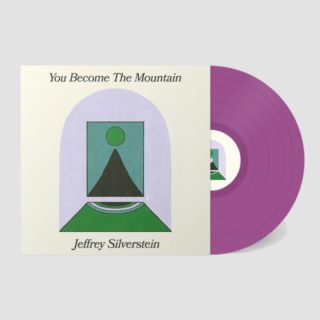 You Become The Mountain

The nine songs that comprise You Become The Mountain are heavily inspired by the landscapes of the Pacific Northwest, meditation, long-distance running and Silverstein’s work as a special education teacher. Expanding on the minimalist approach heard on How on Earth, Silverstein invited pedal-steelist Barry Walker Jr. (North Americans, Rose City Band) and bassist Alex Chapman (Parson Redheads, Evan Thomas Way) to round-out an increasingly meditative sound. Led by the spirit of late Detroit musician Ted Lucas, Silverstein was moved to create an album featuring both instrumental and lyric-based compositions. Silverstein casts a wide net in 40 minutes, offering fans of both traditional and experimental folk entry points into his universe. Primarily tracked live and void of heavily processed sounds, the LP serves as a proper introduction to a songwriter who celebrates patience and restraint in the highest regard.

9. Door At the Top of Your Head