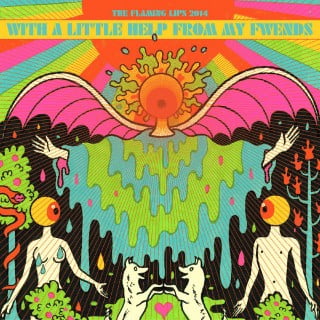 With A Little Help From My Fwends

With a Little Help from My Fwends is the fourteenth studio album by the American rock band The Flaming Lips. It is a track-for-track tribute to The Beatles album Sgt. Pepper’s Lonely Hearts Club Band. It was released on October 27, 2014 through Warner Bros. Records. The version of “Lucy in the Sky with Diamonds” features Miley Cyrus. All proceeds from record sales will go to The Bella Foundation, an organization in Oklahoma City that helps provide veterinary care to needy pet owners.