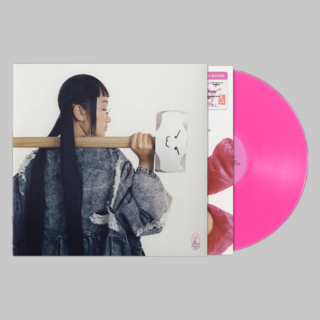 With A Hammer is the debut studio album by New York singer-songwriter Yaeji. Few artists have emerged in the past five years with as much intention, consideration, and creative integrity as Yaeji. After reigniting New York dance culture with her first two EPs, opening the underground up to a new generation, she has mined her practice even more closely, incorporating visual art, film, product and game design and more into her ever-evolving output.

The album was composed across a two-year period in New York, Seoul, and London, begun shortly after the release of What We Drew and during the lockdowns of the COVID-19 pandemic. It’s a diaristic ode to self-exploration; the feeling of confronting one’s own emotions, and the transformation that is possible when we’re brave enough to do so. In this case, Yaeji examines her relationship to anger. It is a departure from her previous work, blending elements of trip-hop and rock with her familiar house-influenced style, and dealing with darker, more self-reflective lyrical themes, both in English and Korean.