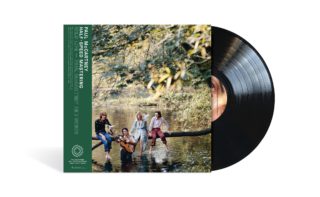 Wild Life is the debut studio album from Wings and the third studio album by Paul McCartney after the breakup of the Beatles. The album was recorded in 1 week in the summer of 1971.
To celebrate the 50th anniversary of this release there will be now a reissue available as a limited edition half-speed mastered vinyl pressing.

Following the eclectic charm and intimacy of 1970’s solo McCartney and 1971’s homespun lo-fi indie-pop progenitor RAM credited to Paul and Linda McCartney, Wild Life found Paul once again redefining his post-Beatles creative identity, this time beginning his tenure as a founding member of Wings. A rollicking left turn from its predecessors, Wild Life was recorded in barely more than a week, with more than half of the songs captured in a single take. The end result would be eight songs running the gamut from joyous freewheeling jams to proto-chamber pop to spare introspective musings – all bristling with a raw, jagged energy akin to the grungiest of garage bands – whether on the careening blues-rock rave-up of opener “Mumbo,” a reggae-tinged reimagining of Mickey & Sylvia’s “Love Is Strange,” or the plaintive and heart wrenching ballad “Dear Friend.”