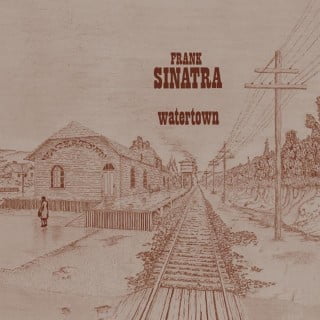 Watertown is a 1970 studio album by the American singer Frank Sinatra, which was rereleased August 14th, 2015.

In a series of soliloquies, the nameless narrator tells his heartbreaking story of personal loss: his wife has left him and their two boys for the lure of the big city. “Watertown” was produced and co-written by Bob Gaudio, one of four members of the rock band The Four Seasons. The songs were co-written by Jake Holmes. It is the only album Sinatra ever voiced over pre-recorded orchestral tracks. The album was released to mixed critical reviews and poor sales, Sinatra’s only major album release not to crack the Billboard Top 100; the packaging was uncharacteristic of typical Sinatra album designs.