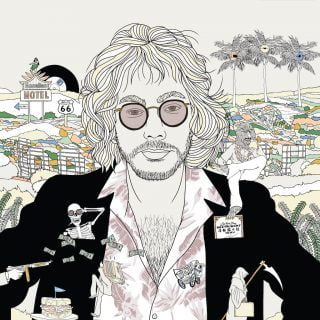 Judd Apatow (producer/director of Anchorman, The 40 Year Old Virgin, Bridesmaids, and many more) celebrates Warren Zevon’s life with a yearly tribute at the Largo in Los Angeles, featuring performances by Zevon’s friends. For this curated release, he selected tracks from his favorite albums as well as a bonus track,  “Something Bad Happened to a Clown” by Taylor Goldsmith and Blake Mills from the March 2016 Largo Show.