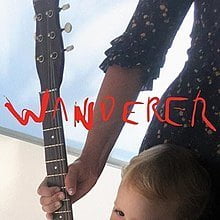 Cat Power is back with her first new album in six years. It’s called Wanderer, and it’s out October 5 via Domino. The follow-up to Sun was produced by Chan Marshall herself and includes a song called “Woman” featuring Lana Del Rey. Watch a trailer for the album, soundtracked by the title track, below.

The album was recorded over the last few years. Marshall says: “The course my life has taken in this journey—going from town to town, with my guitar, telling my tale; with reverence to the people who did this generations before me. Folk singers, blues singers, and everything in between. They were all wanderers, and I am lucky to be among them.”

Last year, Cat Power said on Instagram that her new record was “ready to go.” She recently played a special show celebrating the 20th anniversary of 1998’s Moon Pix.