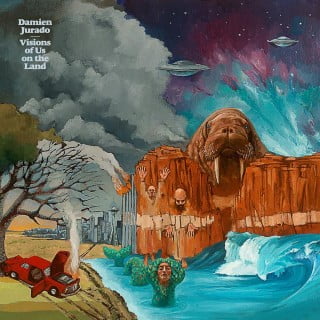 Visions Of Us On The Land

‘Visions of Us on the Land’ is the final installment of Damien Jurado‘s trilogy, which began with 2012’s ‘Maraqopa’ and continued with 2014s ‘Brothers and Sisters of the Eternal Son.’ ‘Visions’ is the last part of the story, which began when a character had to disappear from society in order to discover some universal truths.At this point, the individual has been left behind, by an earth now vacant. ‘Visions’ was produced by label mate and super-producer Richard Swift at the latter’s National Freedom recording facility in rural Oregon.