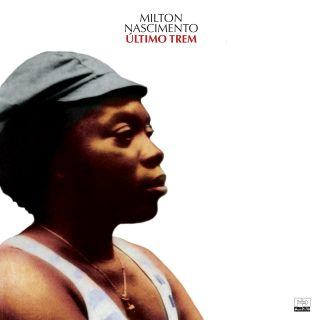 What is special about this release? – First time on vinyl! Why are you releasing it for RSD? – It’s an opportunity to give back, something special for the shops and the heads who have supported Far Out with so much love over the years! Is there an interesting story behind its recording and/ or packaging? – Originally recorded in 1981, Ultimo Trem was written as the soundtrack to a ballet which dealt with the impact of the closure of a train line in the North East of Brazil. “The military government shut down the route and the whole region began to fade away,” explains Milton. “I love train rides, but today there are almost no trains to Brazil. So when I go to the US and Europe, any time I can, I go by train. The longer the journey the better.” The album features legendary Brazilian musicians Nana Vasconcelos, Joao Donato, Paulinho Jobim and members of Som Imaginario, amongst many others. Does it coincide with a historical live event? Yes! A ballet perfomed by acclaimed Brazilian dance theatre collective Grupo Corpo. Music by Milton Nascimento, screenplay by Fernando Brant, and coreography by Carlos Cytrynowski. The show was perfomed for 6 years and toured in 14 countires around the world. Does the artist have a particular attachment or connection to these tracks? – The album holds what Milton himself considers to be the definitive versions of some of his most beloved tracks, including ‘Saídas E Bandeiras’ and ‘Ponte de Areia’.