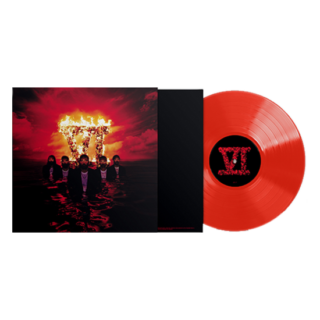 You Me At Six

You Me At Six return with their 8th album, Truth Decay – a record that both celebrates and salutes a wildly successful career as one of British rock’s biggest modern bands at the same time as plotting an exhilarating way forward. Recorded in Santorini and continuing You Me At Six’s now long term creative partnership with producer Dan Austin (Biffy Clyro, Massive Attack, Pixies), Truth Decay sees the band return to their roots, and cement themselves as masters of their genre.

SIDE A
1 DEEP CUTS
2 Mixed Emotions (I Didn’t Know How to Tell You What I Was Going Through)
3 God Bless The 90s Kids
4 After Love In The After Hours
5 No Future? Yeah Right – You Me At Six feat. Rou Reynolds
6 heartLESS

SIDE B
1 Who Needs Revenge When I’ve Got Ellen Rae
2 Breakdown
3 Traumatic Iconic
4 :mydopamine:
5 A Smile To Make You Weak(er) At The Knees
6 Ultraviolence
7 A Love Letter to Those Who Feel Lost – You Me At Six feat. Cody Frost