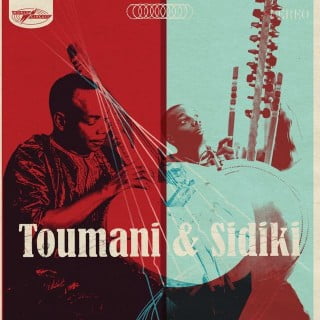 In a rare father-and-son collaboration, Toumani Diabaté, genius of African music and widely recognised as the greatest living kora player, has recorded an album of duets with his son Sidiki, the instrument’s emerging star.

Described as “the finest Toumani collaboration since his classic work with Ali Farka Touré” (The Guardian) ‘Toumani & Sidiki’ is a dialogue conducted through the kora, the 21-string West African harp which the Diabaté dynasty has elevated into the most iconic of African instruments. Father-and-son collaborations are rare enough but the ties binding Toumani and Sidiki Diabaté are particularly profound and evocative. Descended from a line of griots – custodians of the ancient oral traditions of West Africa’s Mandé people stretching back seven hundred years – the names Toumani and Sidiki are significant names in the annals of African music.