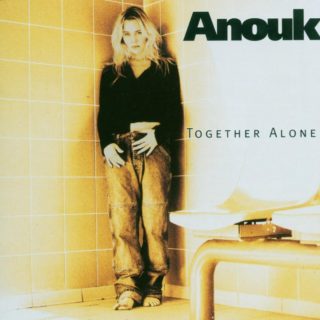 Anouk has been on top of the Dutch music scene since her big breakthrough in 1997 with the single “Nobody’s Wife”. This rock ballad reached #2 on the Dutch Top 40 and later also hit the top 10 on other European charts, especially in Flanders and the Nordic countries. “Nobody’s Wife” featured on Anouk’s debut album Together Alone, which came out that same year and featured two other charting singles: “It’s So Hard” and “Sacrifice”. The album was produced by Barry Hay and George Kooymans, who are both from the Golden Earring, and received three times Platinum.

Together Alone is available as a limited edition of 1500 individually numbered copies on translucent yellow coloured vinyl and includes a 4-page booklet with lyrics.