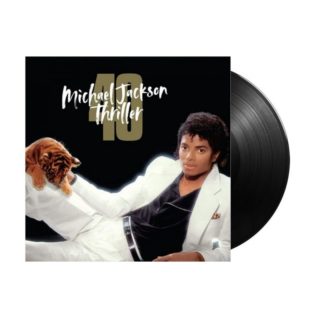 A release to celebrate the 40th anniversary of Michael Jackson’s Thriller, the biggest selling album of all time. To date, the album has amassed in excess of 100 million in sales worldwide.

The 40th anniversary edition will be available as 1LP and 2CD. The CD set is comprised of Michael’s original masterpiece Thriller and an exciting second disc full of surprises for fans including never-released tracks which were worked on by Michael for the Thriller album.

Track List
Side One:
1. Wanna Be Startin’ Somethin’
2. Baby Be Mine
3. The Girl is Mine (with Paul McCartney)
4. Thriller