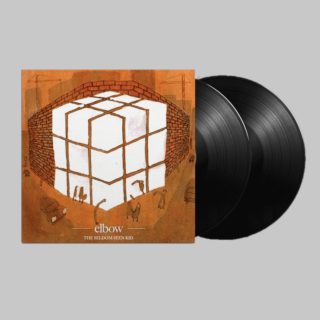 back in stock on vinyl. epic post-rock tinged emotional indie stalwarts elbow release their fourth album ’the seldom seen kid’, another staunchand anthemic collection of songs. the tense and emotional sound of previous records remains, but with a distinctly morecommercial riff-based template, particularly on lead single ‘grounds for divorce’. the band produced the record themselves, as with previous records, lending it a homespun quality that wouldn’t be out of synch with any external influence. revered by their peers as a reliably independent act, elbow have created a subtly innovative extension of their sound and scope with ’the seldom seen kid’.