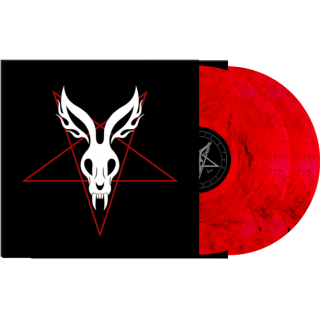 The Raging Wrath Of The Easter Bunny

“The Raging Wrath Of The Easter Bunny” was Mr. Bungle’s original 1986 high-school thrash
metal demo, only passed around via cassette back then. This re-recording also includes songs
that were written in that era, but never recorded. There are two cover songs on the album:
S.O.D.’s “Speak English Or Die” changed into “Speak Spanish Or Die” and the Corrosion Of
Conformity-track “Loss For Words”. This is not the normal line-up of Mr. Bungle. It features
three of the original members (Mike Patton, Trey Spruance and Trevor Dunn) joined by Scott
Ian of Anthrax and Dave Lombardo (Slayer / Dead Cross). This is the first Mr. Bungle release
since their 1999-album “California”. Be aware, this is a METAL record, it doesn’t contain the
‘carnivalesque / Beach Boys’-sound of the band’s major label releases from the ‘90s.