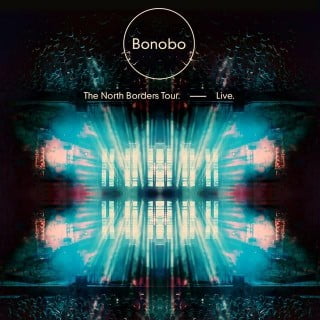 By the time Bonobo plays London’s legendary Alexandra Palace on 28th November 2014, the epic career-defining tour around his latest album The North Borders, the band will have travelled 180,000 miles, taken in 175 shows in 30 countries across 3 continents over 18 months in front of 2 million people.

This live album will be released in 2LP edition, it’s an exhaustive, beautifully captured record of the show.

The audio and video were recorded and filmed at The Roundhouse in London and in the incredible Pula Arena, a genuine Roman Amphitheatre. In addition, some of the tracks on CD are handpicked from breathtaking live radio sessions that happened whilst on tour. Packaged with the DVD will be moments of documentary footage filmed as the tour reached California.