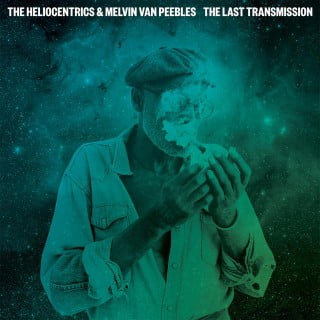 The Last Transmission is an interplanetary space/love odyssey told in twelve chapters; it comes nearly ten years after Van Peebles’ appearance as the third member of Quasimoto on Stones Throw Records’ 2005 release The Further Adventure of Lord Quas. For the Heliocentrics, The Last Transmission represents their third Now-Again album, following Out There in 2007 and 13 Degrees of Reality in 2013.