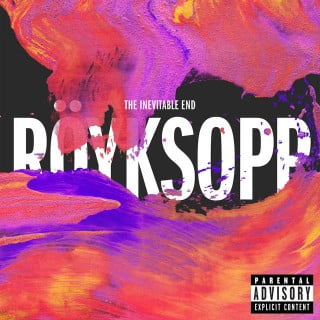 The Inevitable End is the fifth and final studio album by Norwegian electronic music duo Röyksopp. On November 4, 2014 the album released for streaming through various platforms, on Spotify in Scandinavia and part of Europe, and on iTunes in the US and Australia, among several other streaming services. Svein Berge says the album will have “a dark energy”, while Robyn describes the album: “It’s sad, but it’s not cold. It’s very warm.”

The group have announced this is their final studio album in the traditional sense, adding that they are “not going to stop making music, but the album format as such, this is the last thing from us”.