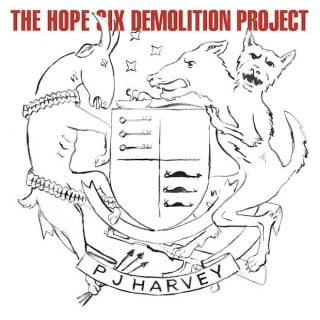 The Hope Six Demolition Project is the ninth studio album by English singer-songwriter and musician PJ Harvey released on 15 April 2016 on Island Records, the album is Harvey’s first since her acclaimed Mercury Prize-winning album Let England Shake, released in 2011.

The album’s title is a reference to the HOPE VI projects in the United States, “where run-down public housing in areas with high crime rates has been demolished to make room for better housing, but with the effect that many previous residents could no longer afford to live there, leading to claims of social cleansing.” The HOPE VI program is directly referenced in the album’s opening track and second single “The Community of Hope”. The title is inspired by Harvey’s trip to Washington D.C. with photographer/filmmaker Seamus Murphy where she was given a tour by Paul Schwartzman of The Washington Post, who directly influenced some of the lyrics on the song. Upon its release, the song drew criticism directly from politicians running for the council seat in Ward 7 in Washington, D.C.