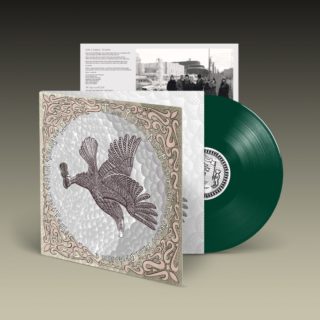 Yorkston and Sweden’s The Second Hand Orchestra had no real plans to do a follow up, but as James visited his studio in Cellardyke, Fife everyday in early 2021, he began to start writing songs on the piano as opposed to his usual guitar as he gazed upon the sea outside his window.

After sending the first five or six songs to Karl-Jonas Winqvist (the leader/conductor of TSHO), they began to discuss working on the music together. With Yorkston’s shift from guitar to piano, they thought about what other changes they could make to their process which led to the involvement of a guest singer and the legendary Nina Persson (The Cardigans) was brought into the fold.

1. Sam and Jeanie McGregor
2. An Upturned Crab
3. Keeping Up With the Grandchildren, Yeah
4. The Heavy Lyric Police
5. A Sweetness In You
6. A Forestful of Rogues
7. Pieter Paulo Van Ver Heyden
8. Mary
9. Hold Out For Love
10. The Harmony
11. The Great White Sea Eagle
12. A Hollow Skeleton Lifts a Heavy Wing