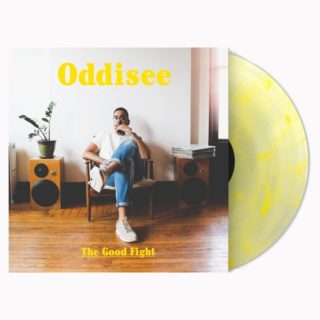 Imbued with love, honesty, and selflessness, The Good Fight is virtuosic in its musicality, direct in its language, and infinitely relatable. In a landscape overrun with abstract indulgence and shallow trend-chasers, the Prince George’s County, Maryland artist has created a record that reminds you that it’s music before it’s hip-hop. Oddisee’s production simmers in its own orchestral gumbo. You sense he’s really a jazzman in different form, inhabiting the spirit of Roy Ayers and other past greats. The Fader’s compared him to a musical MC Escher, calling hailing his “grandiose and symphonic sound” and “relevant relatable messages.” Pitchfork praised his “eclectic soulful boom-bap.” INDIE ONLY! YELLOW DROP EDITION

6. Belong To the World