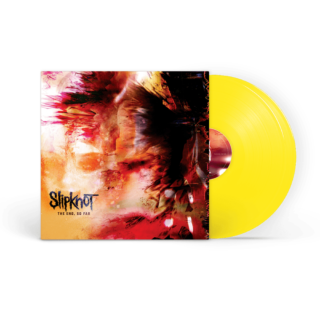 The End, So Far

There was never a band like SLIPKNOT, and there will never be another. Like a spore out of the Midwest, they’ve quietly bloomed into the most uncompromising, undeniable, and unique presence on the planet whose influence transcends genres and generations. With their seventh album THE END, SO FAR, SLIPKNOT are back, and nothing will be the same again. Speaking about the forthcoming album, M. Shawn ‘clown’ Crahan said, “New Music, new art, and new beginnings. Get ready for the end.” Produced By SLIPKNOT and Joe Barresi, THE END, SO FAR follows their widely celebrated 2019 album WE ARE NOT YOUR KIND, which marked SLIPKNOT’s third consecutive #1 on the Billboard 200. The release made a massive global impact with #1 debuts in the Official Album Charts of twelve countries around the world.

1. Medicine For the Dead