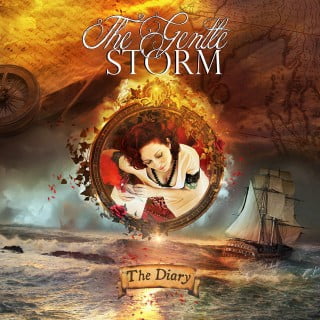 The Diary is the first album by symphonic metal/folk rock band The Gentle Storm, consisting of composer and guitarist Arjen Anthony Lucassen and singer and lyricist Anneke van Giersbergen. It will be released on March 20, 2015 in Europe, and the following day in the US.

A concept album about a love story set in the 17th century, The Diary consists of two discs, each with the same tracklist: the “Gentle” side of the album consists of acoustic, softer songs, while the “Storm” side of the album is made of heavy metal versions of the songs with symphonic and progressive elements.