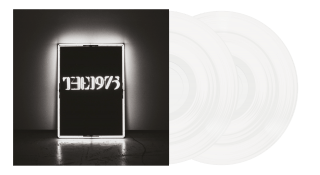 The 1975 is the eponymous debut album from the Mancunian band. It reached #1 on the UK charts and has been certified platinum. Produced by Mike Crossey (Arctic Monkeys, Twenty One Pilots, Wolf Alice), it set the band on their journey to being one of music’s most creative and progressive bands. The band undertook several major festivals in support of the album, including tours with Bastille, Muse, a support to the Rolling Stones at Hyde Park as well as appearances at the Reading and Leeds Festival.  The album includes the singles “Sex”, “Girls” and “Chocolate”

8. Is There Somebody Who Can Watch You