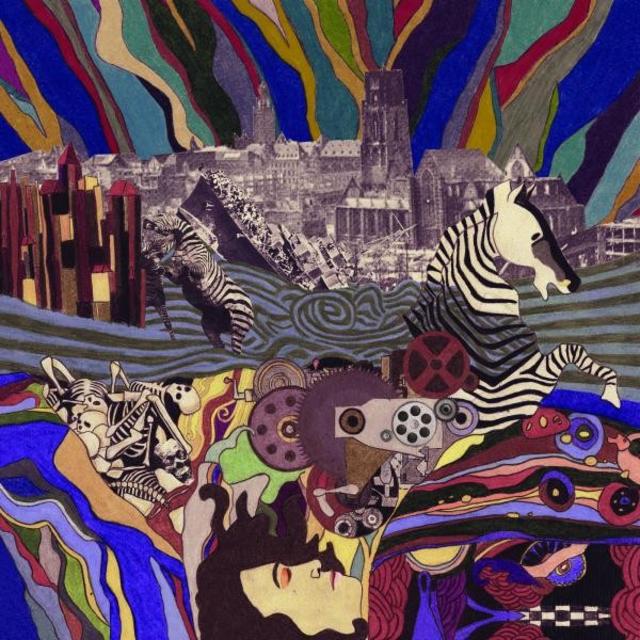 Tape Hiss reveals a love of analogue recording taken to an exhilarating new level. The Rotterdam quartet harness their love of the weirder elements of post-punk, obscure psych and experimental sounds to soundtrack their ever-changing city, Rotterdam. Crammed full with choppy riffs, distorted vocals and driving rhythms, the poppier elements of debut The Moon Is Big are replaced by tougher grooves and a widescreen outlook; a sonic car crash of scally attitude, Amon Duul II and Killing Joke. Whilst many bands pay lip service to the idea of exploring analogue sounds, Tape Hiss is the real deal.

The leitmotiv on Tape Hiss is the live-sound that is characteristic for the band. The B-side of the album was recorded in one take.