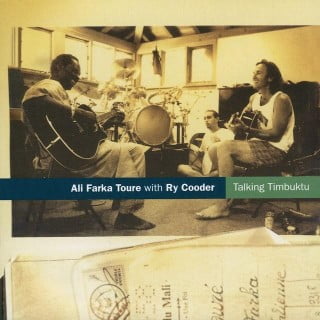 Talking Timbuktu is the 1994, Grammy award-winning collaboration between Malian guitarist Ali Farka Touré and American guitarist/producer Ry Cooder. The guitar riff from the song “Diaraby” was selected for the Geo-quiz segment of The World PRI-BBC radio program and was retained by popular demand when put to a vote by the listeners.

The whole album, recorded in three days, is reissued in february 2015 on vinyl with an additional previously unreleased track. –