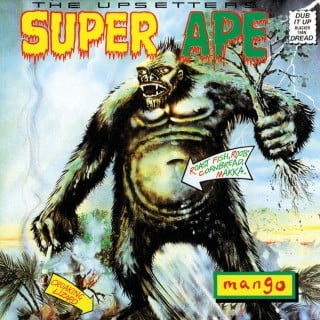 Super Ape is a dub album produced and engineered by Lee “Scratch” Perry, credited to his studio band The Upsetters.

In Jamaica, the album was released under the name Scratch the Super Ape in July 1976 on Perry’s own Upsetter label. The Jamaican version had a different track order than the international version that was released in August the same year on Island Records.

The album was listed in the 1999 book The Rough Guide: Reggae: 100 Essential CDs.