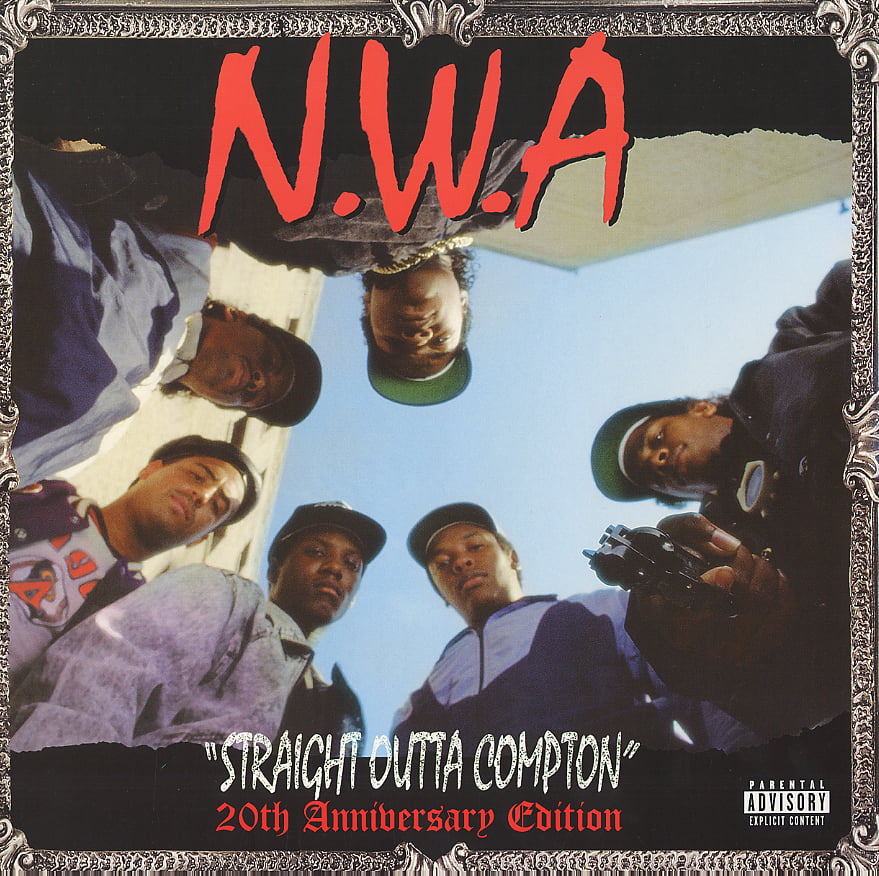 Straight Outta Compton is the debut studio album by American hip hop group N.W.A, released August 8, 1988 on group member Eazy-E’s record label Ruthless Records. Its title refers to the group’s native town, Compton, California. Production for the album was handled by Dr. Dre, with DJ Yella giving co-production along with Arabian Prince. The album has been viewed as the pioneering record of gangsta rap; with its ever-present profanity and violent lyrics, it helped to give birth to this then-new sub-genre of hip hop. It has been considered groundbreaking by music writers and has had an enormous impact on the evolution of West Coast hip hop.

Straight Outta Compton redefined the direction of hip hop, which resulted in lyricism concerning the gangster lifestyle becoming the driving force in sales figures[citation needed]. It was later re-released on September 24, 2002, remastered and containing four bonus tracks. An extended version of the album was released on December 4, 2007, honoring the 20th anniversary of the original album.