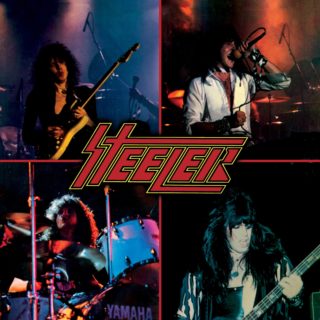 Although many metalheads probably assume that Swedish guitar shredder Yngwie J. Malmsteen’s first U.S.-based band was Alcatrazz, he was a brief member of another obscure Los Angeles-based metal band called Steeler. The group also featured future Keel frontman Ron Keel (bassist Rik Fox and drummer Mark Edwards also rounded out the band), as the quartet’s music was similar to the pop/party metal that was ruling the Sunset Strip at the time. The band was one of the first to be signed to Mike Varney’s Shrapnel label (one that has since become synonymous with highly technical guitar shredders), resulting in a lone self-titled release from 1983 before their breakup shortly thereafter. Although the album failed to make much noise upon release, it became a cult classic for fans after Malmsteen and Keel.