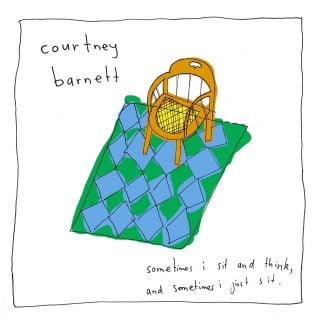 Courtney Barnett (born 1987 or 1988) is an Australian singer-songwriter and guitarist from Melbourne. Known for her witty, rambling lyrics and deadpan singing style, she attracted attention from the North American and UK music press in October 2013 with the release of her debut full-length recording and well-received performances at the CMJ Music Marathon. At the latter event, Barnett was mentioned by both Rolling Stone and The New York Times as a standout performer.
Barnett’s debut album, Sometimes I Sit and Think and Sometimes I Just Sit, was released on March 2015.