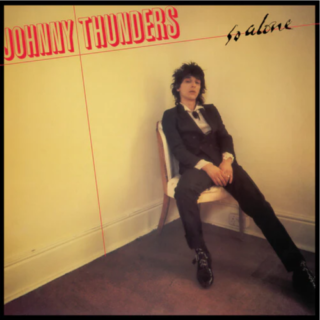 Johnny Thunders, founding member and lead guitarist for 1970s proto-punk bands The New York Dolls and The Heartbreakers, was known for a gritty, intense guitar sound. His musical style served as a blueprint of sorts for bands such as the Sex Pistols. After The Heartbreakers split, Thunders recorded his first solo album, So Alone, in 1978. Featuring musicians such as Chrissie Hynde (Pretenders), Phil Lynott (Thin Lizzy), Steve Jones and Paul Cook (Sex Pistols) and Peter Perrett (The Only Ones), So Alone is a true rock classic, an electric mix of rock, punk and soul that showcases Johnny Thunders at his very best.