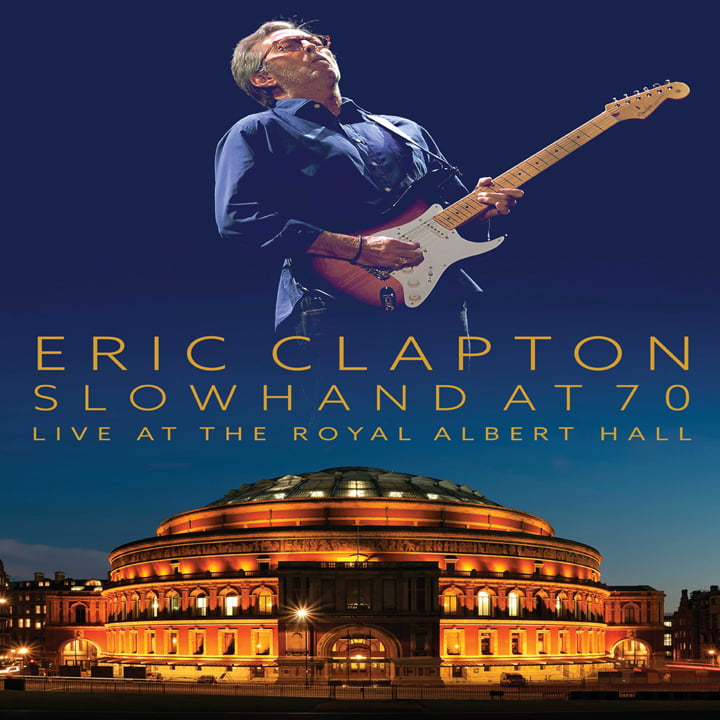 Slowhand At 70 – Live At The Royal Albert Hall

Slowhand at 70 – Live at the Royal Albert Hall is a concert film released by the British pop-rock musician Eric Clapton. It features a selection of songs, Clapton performed on May 21, 2015 while he played during his “70th Birthday Celebration” tour at London’s iconic Royal Albert Hall. While on tour in London, Clapton broke the 200th concert mark, making him the act, who has most performed at the British venue.[2] The film was released from September 14, 2015 onwards via cinema broadcasting in various territories. The cinema release also featured an in-depth report about Clapton’s history at the Royal Albert Hall. A DVD, Blu-ray, compact disc and grammophone record release of the performance was released on November 13, 2015