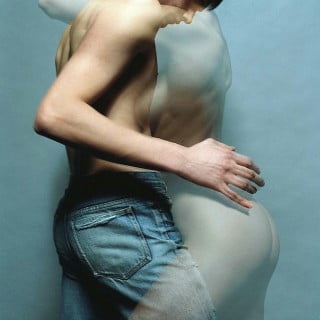 Sleeping with Ghosts is the fourth studio album by English alternative rock band Placebo. It was recorded from late 2002 to early 2003 and originally released on 1 April 2003 by record labels Virgin and Hut.

To celebrate the 20th anniversary of PLACEBO in 2016, the band is re-issuing each of their albums on 180gsm heavyweight vinyl. Each re-issue will be available on limited edition coloured and standard black vinyl