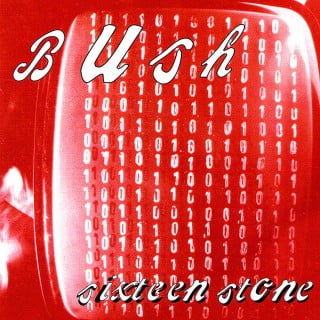 Sixteen Stone is the debut album of British rock band Bush, released on December 6, 1994, through Trauma Records. Widely regarded as the band’s most popular album, it peaked at No. 4 on the Billboard 200 and boasted numerous successful singles. “Comedown” and “Glycerine” remain two of the band’s biggest hits to date, each reaching No. 1 on the Billboard Modern Rock Tracks chart. “Comedown” and “Glycerine” were also the band’s only songs from the album to enter the Billboard Hot 100, reaching No. 30 and No. 28, respectively. To mark its 20th anniversary, on October 14, 2014 a remastered edition of the album’s original recordings was released.