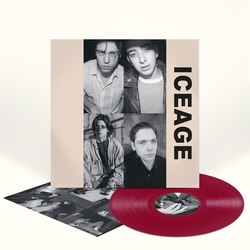 Iceage started making music together in their hometown of Copenhagen in 2008, but it was the band’s breakout 2011 debut, New Brigade, that crystallized the raucous energy and unbreakable brotherhood of Danish teenagers weaned on post-punk, hardcore, and no wave. After doubling down with 2012’s You’re Nothing, which found the band painting in even brasher strokes, they softened some of their harder edges. On their last two albums, Plowing Into the Field of Love (2014) and Beyondless (2018), they filtered twangy guitar riffs, sparse piano arrangements, and slinky, slow-moving rhythms with almost vaudevillian elan through their distinct lens. Iceage’s propulsive momentum consistently pushes them in more expansive and ecstatic directions. This is especially true of Seek Shelter, the band’s fifth album and first for Mexican Summer, which Sonic Boom (aka Pete Kember of Spacemen 3) produced with the band alongside longtime collaborator Nis Bysted.

1. All the Junk On the Outskirts