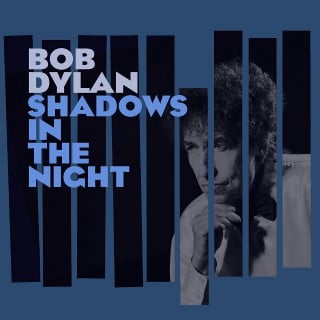 Shadows In The Night

Shadows in the Night is the thirty-sixth studio album by Bob Dylan,release by Columbia Records on February 3, 2015.

For a Bob Dylan album, it is unusual in that none of the songs are original compositions. Instead, the album consists of covers of traditional pop standards made famous by Frank Sinatra, chosen by Dylan himself. On January 23, 2015, it was announced that 50,000 free copies would be given away to randomly selected AARP The Magazine readers. Prior to the album’s release, Dylan recorded a cover of the tune “Full Moon and Empty Arms” and made it available for free streaming online on May 13, 2014.