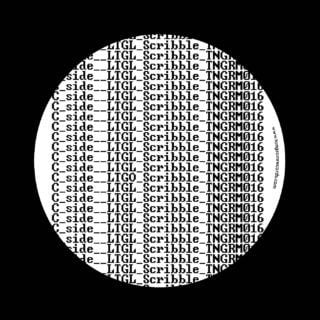 Tangram Records is proud to present the second installment of LTGL’s limited 7″ series for Record Store Day 2017. This one features a brand new track by LTGL, called Scribble. He’s been playing the song live in the past year(s), featured it in his Boiler Room set and it has become a sought after gem. The flip features his remix of Abraham Blue’s original ‘Let’s Escape’. About two years old the remix never got a physical release up untill now…this slow jam extraordinaire combines the best of LTGL’s spaced out electronics with Abraham Blue’s soulful voice.
LTGL is a Jamaican-Polish hybrid beat-maker from Belgium. Originally a guitarist, he never found the band mates he was looking for, so he started producing in the summer of 2011. Flash forward a few years and he’s playing abroad on a regular basis, made it to Low End Theory (Los Angeles) and played Boiler Room (twice). Taking into account that he can count The Gaslamp Killer, Flume, Ta-Ku, Joe Kay and Lefto to his early supporters and you just know you are dealing with a very promising musician.