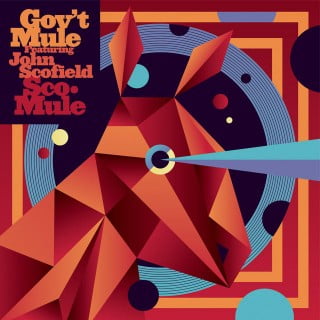 Fans of both artists and their respective genres will finally be able to get their hands and ears on a very special release: the long-awaited Sco-Mule album. In late September of 1999, John Scofield teamed with Gov’t Mule, then featuring original bass player the late Allen Woody, along with keyboardist Dr. Dan Matrazzo, in Georgia for two legendary shows of mind-bending live prowess, featuring material ranging from Mule and Scofield original compositions, to James Brown covers and songs made legendary by John Coltrane and Wayne Shorter.

No audience or soundboard bootleg recordings of these shows exist. But now, for the first time, fans can experience the Sco-Mule mystique first-hand in album form, newly mixed and mastered. This 2.5-hour all-instrumental release is a jazz romp laced with rock, soul & funk, and will be available as a 2-CD set, as well as a 180-gram double-vinyl set (with a download code for the digital files).