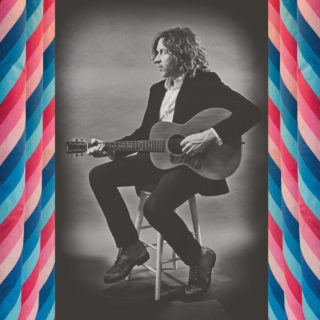 Since the release of his self-titled debut 15 years ago, Doug Paisley has earned accolades for unflinchingly self-reflective songs delivered with simplicity and beauty. The critical response to his sophomore release, Constant Companion, underlined this quality. MOJO, naming the album one of the top ten of 2010, found in its “rare kind of purity” evidence that “an anti-star is born”. While Rolling Stone deemed it to be a “nearly perfect singer-songwriter record”, UNCUT described it as “sure-footed and ageless…uncluttered, sad and unerringly lovely.” The “quiet and contemplative” nature of his last record, Starter Home, continued this trend, earning it a place in the New Yorker’s top ten albums of 2018. Doug’s new record, Say What You Like, underscores his prowess as a songwriter, while exploring new sonic terrain with producer Afie Jurvanen (aka Bahamas). Distilled from more than 250 songs penned by Paisley over the last decade, the 11 tracks selected by Jurvanen combine folk, country and pop sensibilities to showcase his rich sense of melody and remarkable way with words. This is Doug at his best – honest, exposed, searching – comforting in his ability to communicate the universal in the struggles of the individual. In meditations on the disappointments and shortcomings of love, Paisley looks hard at middle age, and facing the time “when looking young is getting old.” “We’re always somewhere in-between forever and walking away / we’ll spend a lifetime, you and me, day by day.” One cannot help but get the sense from these songs that Paisley simply must write – it’s about emotional survival and the process of working through. “As a songwriter these days,” Paisley reflected earlier this year, “there’s very little to gain and very little to lose so I am working only from the heart, there’s no other motive.” It shows.

9. You Turn My Life Around