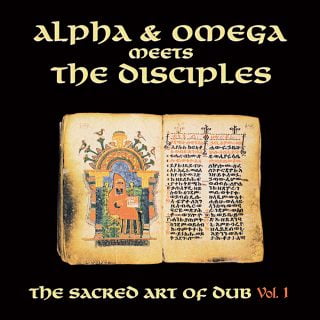 Music Mania and Indica Dubs is proud to present the 17th: The Sacred Art Of Dub! Featuring two of the UK Dub top legends and pioneers, Alpha & Omega and The Disciples! This killer album was originally released only on CD format in 1998, and now on vinyl for the first time – over 20 years later + 2 bonus tracks! This album includes the killer ‘Prowling Lion’ known by everyone across the Dub and sound system scene! Played heavily by all top sound systems! This release will be a one-time limited edition on white colour vinyl for Record Store Day April 2020.

A1. Prowling Lion A2. Philosophers Stone A3. Philosophers Dub A4. Dancing On A Rainbow B1. Seven Colours Of Dub B2. Elixir B3. No Peace In The City B4. Eternal Dub (bonus track)