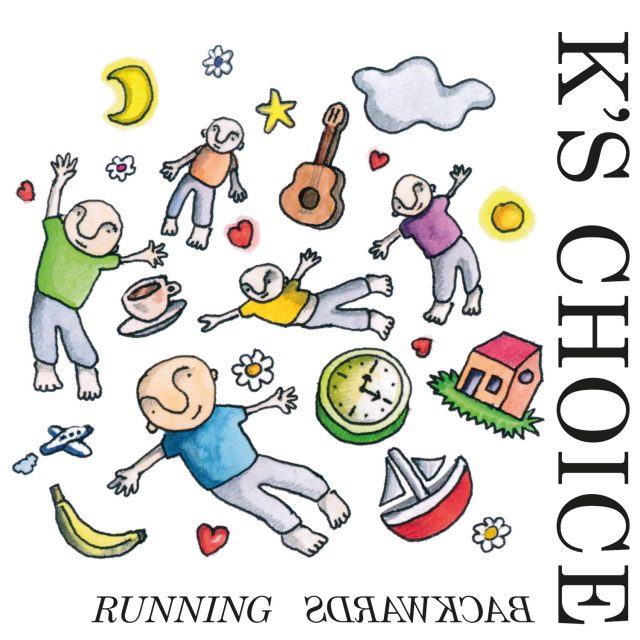 Side B
1. Sail You (Unreleased Demo)
2. Little Man (Live)
3. Liquid Waltz (Unreleased – Live With Ensemble Polyfoon)
4. Someone To Say Hi To (Sarah Bettens)

Running Backwards was officially released as an exclusive K’s Choice 10th anniversary fan club release, but now finally available on vinyl. This RSD-release contains 9 songs written by the Belgian band. Besides 6 studio tracks the record contains two live recordings and one demo. Some songs are from their early years, while others are rarities that have never been released before.
K’s Choice rose to worldwide fame in 1997 by releasing their charting song “Not an Addict”. Later on they started to release more successful albums.
Running Backwards is available as a limited edition of 750 individually numbered copies on red vinyl.