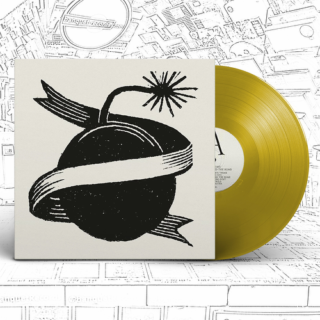 Ribbon Around The Bomb

The follow-up to 2020’s Foolish Loving Spaces was inspired by frontman Tom Ogden’s visit to Frida Kahlo’s house in Mexico in 2019. “Looking at her paintings on show, someone had described one of them as being like a ‘ribbon around a bomb’.

“I immediately thought that it was a great title for a song and album because of the imagery that it evoked in my mind. I thought about how lots of things in life could be described as being a ribbon around a bomb in the sense that as people we often dress things up which have a darkness lying beneath them.”

The album will be released on April 29 and will be centered around a character called ‘The Writer’. Ogden explained that as work on the record progressed, he realized that the figure was, in fact, himself. “Having been so busy for the past eight years I and the band have never really had the chance to step back and reflect on what we’ve achieved,” he said.

Ribbon Around The Bomb was produced by Blossoms and its longtime collaborators James Skelly and Rich Turvey.