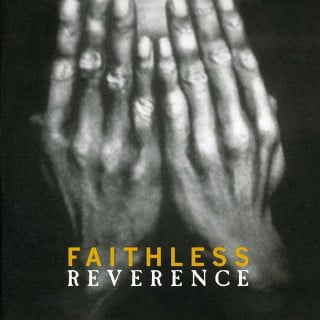 Reverence is the debut album by Faithless, released in April 1996 and then reissued in October. The album contains several singles that have subsequently become Faithless classics, such as “Don’t Leave”, “Salva Mea”, and “Insomnia”. The album reached #26 in the UK charts.

In 1996 the album was re-released as Reverence / Irreverence containing an extra CD with remixes of the original songs.

Closing track “Drifting Away” has become well known for its use in Channel 4 comedy series Trigger Happy TV. The songs opening is an aria, from the opera Mefistofele by Arrigo Boito, called L’altra notte in fondo al mare. The album was recorded in only 17 days.