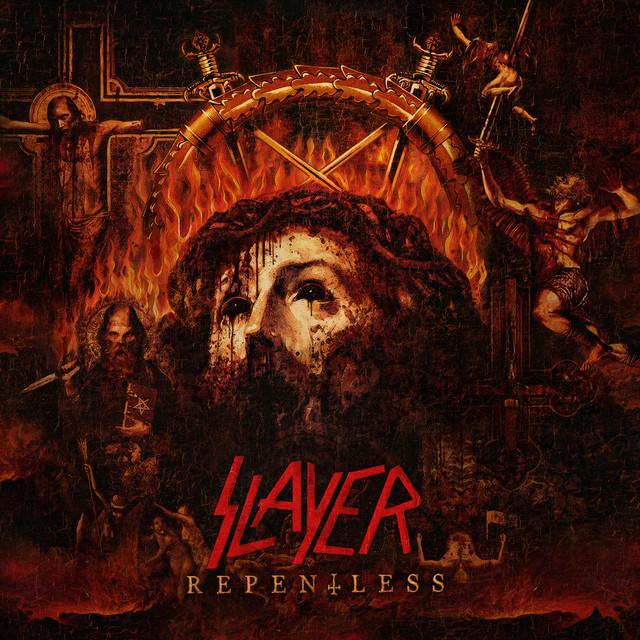 Repentless is the eleventh studio album by American thrash metal band Slayer. It was released on September 11, 2015, and is the first Slayer album to feature guitarist Gary Holt of Exodus and the first to feature drummer Paul Bostaph since 2001’s God Hates Us All. Repentless is also Slayer’s first album following the death of Jeff Hanneman in 2013, and the band’s first album to be released on Nuclear Blast.